Without panic into the future

Mr. Gehl, the economic skies over Germany are clouding over considerably. The growth forecast of the five leading economic institutes for 2019 was reduced from 1.9 to only 0.8 percent of GDP. Similar figures are given for the forecasts of the automotive industry. „Auto-industry 2019 Departure into Uncertainty“ was the headline of the Tagesspiegel newspaper on January 4, 2019. Should we have serious concerns about the future of the automotive industry in Germany?

Armin Gehl: Absolutely NOT! With its developments in the automotive sector, Germany is and will remain a benchmark.

The expansion of electric mobility poses an enormous financial challenge for the automotive industry. The 16 leading car manufacturers have almost doubled their investments in electric mobility in the past year. Tesla seems to be failing right now. Quite a few experts suspect that Tesla could go bust at the end of the year. How do you assess the risks in view of the still low registration figures for electric vehicles?

Armin Gehl: The aspired to political goal of more than one million pure e-cars on our roads is absurd with the current charging infrastructure. The extension of subsidies has also not borne fruit. Politicians should have the courage to recant their statement and concentrate pure e-mobility on urban areas, i.e. smaller and affordable e-models. It is the biggest nonsense that vehicles with ranges over 100 km lug more than 500 kg of batteries in their chassis through the region. Pure e-mobility based on pure battery technology will not prevail in the mass market. I only see one chance here for plug-in hybrids with a combustion engine or a fuel cell.

How does the supplier industry, which is strongly represented in your region, deal with the topic of „electromobility“? Have companies that were previously strongly focused on combustion technology been able to strategically reposition themselves or have OEMs had to look for new suppliers?

Armin Gehl: The companies located in our region have recognised the signs of the times and now also produce components for vehicles with electric drives or hybrids.

Isn‘t concentrating on e-mobility an additional risk? Does this mean that alternative drive concepts such as hydrogen technology are becoming sidelined?

Armin Gehl: No, hydrogen as a fuel will come, I am convinced of that. I believe it is only political circles that have not yet recognised the sign of the times, and are still getting carried away with purely battery-based e-mobility. Our responsible politicians should concentrate on the definition of framework conditions, but they should leave the implementation to industry!

The international trade conflict, up to now mainly between the USA and China, has taken on a new dimension through the threat of punitive tariffs against Mexico, which is also placing an increasing burden on the German automotive industry. Is this risk controllable at all or do we have to adapt to constantly changing export conditions with the corresponding consequences for the international location policy of the automotive companies?

Armin Gehl: The danger is hovering over the heads of the automotive industry like a sword of Damocles. Trump is unpredictable, but he may also have realised that German carmakers in their USA plants contribute a great deal to a positive balance sheet, safeguard jobs and even create new ones. Export is not directly at risk unless China considers that more than 75% of a product‘s depth of added value has to be created in China, then our premium manufacturers would have a problem.

Last year, problems with the certification of new models in accordance with the current WLTP exhaust regulations led to production congestion and approval refusals. Have these problems been overcome in the meantime or do buyers still have to adjust to supply bottlenecks, especially for new engines?

Armin Gehl: To my knowledge these problems are a thing of the past – that domestic sales are not going as well as last year is well known, but we moan rather a lot.

China has experienced an extraordinary growth boom over the past ten years and has developed into the most important automobile market in the world. Now, in the past year, we have seen a significant slowdown in growth for the first time. What consequences does this have for the German automotive industry?

In the past few years, the automotive industry has been a real driving force for jobs and has made a not insignificant contribution to structural change away from heavy industry, particularly in your region. Will this continue in the future, or do you expect employment to decline, particularly as a result of new, less labour-intensive technologies and lower sales volumes?

Armin Gehl: No, the companies in the Greater Region are very well established and see the future as a challenge and an opportunity without becoming struck by panic and shock. New products and the introduction of new trend-setting technologies in production are accepted and implemented. The companies also attach great importance to the further training of their employees in order to qualify them for robotics and thus for the use of Industry 4.0.

Many thanks for the interview.

The interview was conducted by Dr. Rudolf Müller 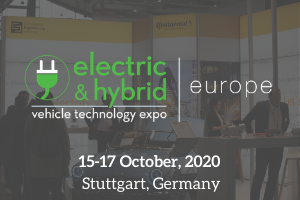 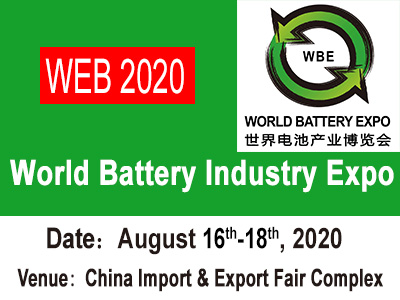